Singapore and Malaysia have concluded a double tax treaty, an agreement that allows for the avoidance of double taxation and at the same time, it serves as an instrument for preventing fiscal evasion. The treaty was entered into force in 2006 and it is one of the double tax treaties (DTA) signed by Singapore with other countries.

Foreign investors from Malaysia in Singapore and vice versa benefit from the provisions of the treaty. The document allows for special treaty rates for the applicable withholding taxes.

Investors who want to know how their branch in Singapore can benefit from the provisions of the double tax treaty can request the services offered by an accountant in Singapore.

Below, we invite you to read about the most important provisions of the Singapore – Malaysia double taxation agreement. Also, if you need accounting services in Singapore, our accountants are at your disposition.

The main taxes levied in Singapore and Malaysia

The double taxation agreement between Singapore and Malaysia covers taxes levied in both countries, considering there are many similarities between the two states from a taxation point of view. The main taxes covered by double taxation treaties in Singapore are the income and the corporate tax. In Malaysia, the main taxes imposed are the income and petroleum taxes. Based on the double tax convention between the two countries, these taxes can be reduced, deduced or exempt in the other state when certain requirements are met. One of these requirements is related to the residency status of the applicant for the avoidance of double taxation.

Our accounting firm in Singapore can offer more information on residency requirements in terms of double taxation avoidance.

Who can benefit from the Singapore – Malaysia DTT?

The treaty for the avoidance of double taxation between Singapore and Malaysia is applicable to both individuals and companies residing in one of the two states and completing various activities in the other country.

The following categories of taxpayers are considered under the Singapore – Malaysia DTT:

The authorities governing the taxation of individuals and companies in the contracting states are the Minister of Finance in Singapore and the Ministry of Finance in Malaysia.

We can also offer payroll services in Singapore for foreign companies.

In order to benefit from the provisions of the double tax convention between Singapore and Malaysia, a person or company must be a resident of one of the contracting states. In the case of Singapore, a natural person is deemed a resident of Singapore if he or she pays his/her taxes here. In the case of Malaysia, a natural person is a resident if they pay their income taxes here.  Also, residency is determined based on where the respective individual has a property in which he or she resides. Where a person is a resident of both countries, the country in which that person has his/her center of vital interests.

In the case of companies, these are deemed as residents of the country in which they have their management places.

Our accountant in Singapore can offer more information on the residency requirements applicable in the case of companies seeking to benefit from the city-state’s double taxation treaties.

Taxes covered by the treaty

The double tax treaty between Singapore and Malaysia covers the taxes in income. In the case of Singapore, this is the income tax and in the case of Malaysia, the taxes are the income tax and the petroleum income tax. The agreement also applies to any identical taxes or similar ones imposed after the signature date of the treaty. The two countries must inform one another of any relevant changes in their taxation regime.

Taxation in both jurisdictions is made based on the company’s place of residence. For the purpose of the double tax agreement between Singapore and Malaysia, the permanent establishment is considered a branch, an office, a factory or workshop or an otherwise different place of management.

One of our accountants in Singapore can give you complete information about the treaty’s provisions with respect to the taxation of business profits, income from immovable property, pensions, director’s fees or others.

Tax reductions available under the DTA

A reduced dividend payment tax is available for payments made by a company from one state to another company from the other state. The lowest rate of 5% applies if the company receiving the dividends holds at least 25% of the capital in the company making the payment.

Investors who solicit our accounting services in Singapore can also be informed of any tax changes and calculations under a double tax treaty.

These must be located on the territory of the other country for more than 6 months in order to be considered permanent establishments.

With respect to their taxation, permanent establishments are taxed on the incomes generated in the country they carry out their activities.

Our firm can also offer accounting and bookkeeping services in Singapore to foreign investors operating here through various types of companies, including permanent establishments.

Other provisions of the Singapore – Malaysia DTA

Other important provisions of the double taxation agreement between Singapore and Malaysia covers associated enterprises which are considered companies with fiscal residence in one country which holds interests in a company in the other state. From a taxation point of view, associated enterprises can adjust the tax paid in the other state by submitting appropriate accounting documents.

The main taxes imposed in Singapore and covered by the tax agreement with Malaysia are:

You can contact us if you need the services provided by an accountant in Singapore. 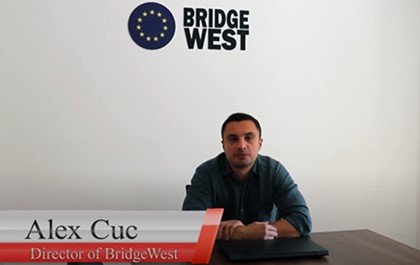